Over the last 50 years plus I’ve been Railway Modelling in OO there has been a catalogue of various ways of coupling rolling stock. Be it the Triang/ Hornby ‘D’ type in it’s many variations, Simplex, Kadee, 3 link, Sprat and Winkle, Jackson, B & B, NEM D type, Roco and I’m sure many others, each with it’s unique design and uses. My earliest memories were the magnetic type used by the Young Children’s market of the push along wooden trains and the Lego Railway system.

I have a fixed OO layout at home, together with a couple of portable layouts for exhibiting each of which have a number of trains of rolling stock in fixed formations with a hook and bar and each end, and very rarely part company apart from de-railments and operator errors. When the time comes to uncouple these in particular at exhibitions this can be tedious, so I’m currently experimenting with Kadee’s, Roco and the Bachmann NEM fixed drawbar (vacuum pipe) system. I do use 3 link couplings but my permanent layout has min 2nd Rad curves so reversing trains can be an issue and avoid propelling stock due to buffer locking. 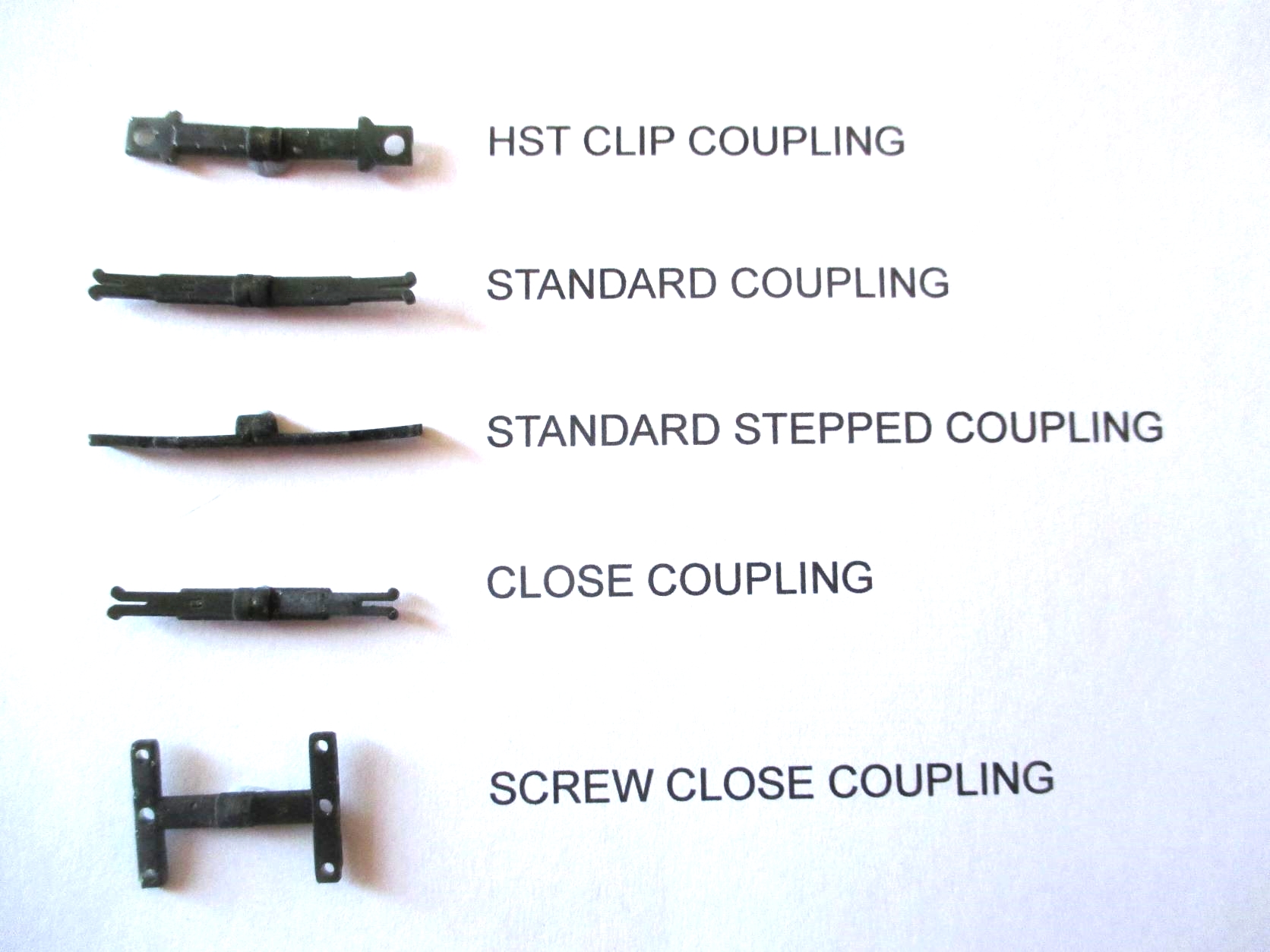 The popularity of 3 D Printing has bought on a revival of magnetic couplings and there are numerous articles, reports and reviews both in the MR press and on YouTube etc. One type being the Hunt Coupling System distributed by West Hill Wagon Works Ltd, and for the similar price of a packet of NEM couplings it was worth a try. These couplings come as a pair are fitted with 3mm rare earth magnets and each half labelled as A & B, A is also Gold in colour, B in Silver. NEM fishtails are on most but not all depending on existing couplings. The first photo gives an idea of what is available with further types being added over time

My first trial was a Hornby HST set. There are two kits available for this. Each is for a 8 coach set plus two Power Cars. One kit is for NEM pockets throughout the train, the other for NEM fitted Power Cars and earlier D type clip couplings for the coaches. I had the latter so have used the ‘HST Clip Coupling’ pack. The changeover is a simple process. As can be seen in the second photo, the rear of the Power Cars have two air cylinders under the floor so a stepped set is supplied to clear these. 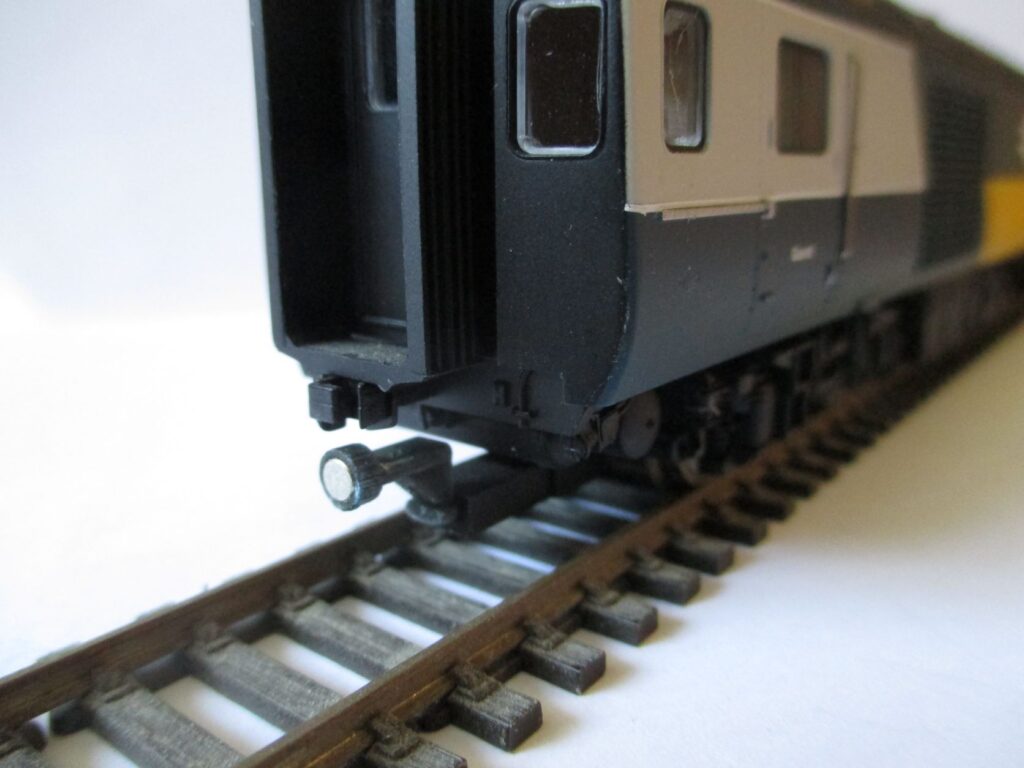 Assuming A is fitted to the rear of the Leading Power Car, the D couplings are pulled from the first coach bogie and the lower cover unclipped to  expose the coupling pivot. Fit the B half of the coupling over this pivot and refit the cover, the A coupling of this pair then installed at the other end in the same manner and so on for the remaining coaches until reaching the rear Power Car which is fitted with the remaining B half as Photo 3. 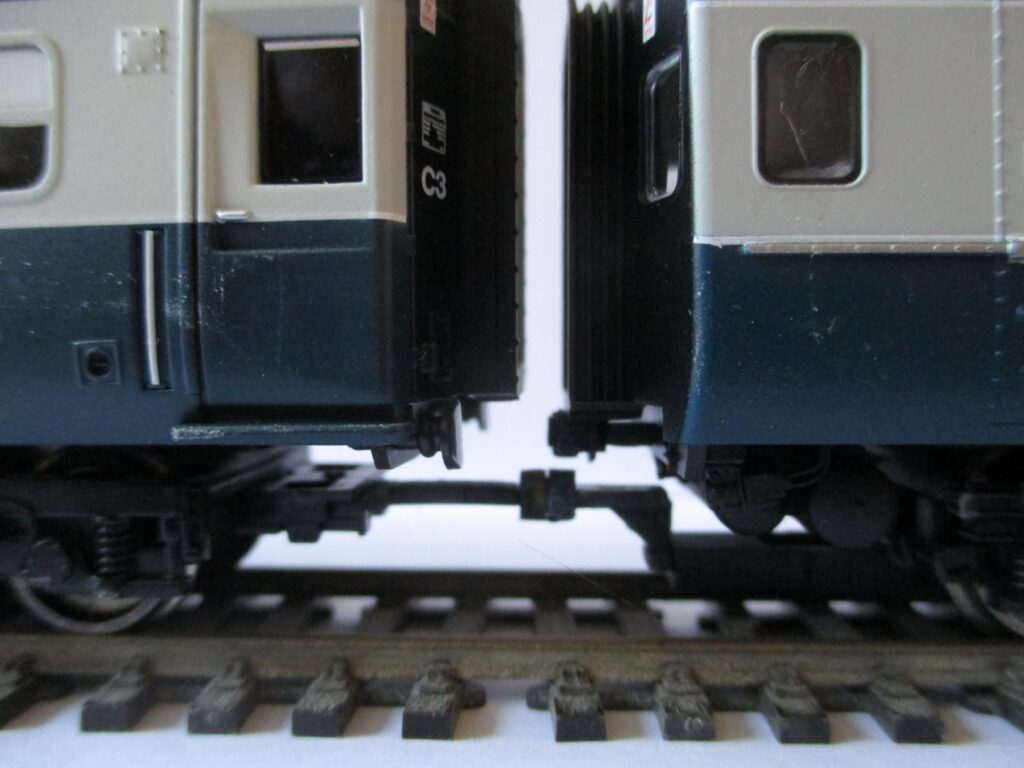 There is nothing more to it, he says in confidence. My platforms will only hold a 7 car HST set, however it’s reported that there are no issues with max length of train. As in the first photo, a standard coupling NEM along with a stepped variant are available which I have fitted to Bachmann Mk 2 coaches as in Photo 4. A slightly shorter length version is also available to enable closer coupling and what is described as ‘Screw Coupling’ can be used to replace screw on ‘D’ types.

It has been well reported that the strength of the magnets is good and I have seen clips of 14 bogie vehicles plus up a gradient with no vehicle separation.  I have even seen even stock vertically suspended to test this, but I am not sure I would want to prove their limitations this way. As previously stated, they are well suited for trains running in fixed formations but can be easily separated when required.

The photos illustrate a couple of examples on fitting these, however fitting  to any items of rolling stock depends on so many factors and a certain amount of experimentation is required with the types available to achieve

your requirements. From personal experience, I found it more suited to bogie vehicles than short wheelbase items, as there is minimal lateral movement when negotiating pointwork and curves. Disadvantages of this system are uncoupling and brings a new meaning to ‘fly shunting’ as they attract within a 10mm area, and that you also have to rely on  the  orientation of the vehicle for the magnets to attract, for this reason I have avoided referring fitting to locomotives and just fixed rakes with your normal couplings of choice at each end.

For the price of around a pack of standard NEM couplings this may be worth a try, and as mentioned earlier, YouTube clips and reports are in abundance to refer to. There are other types available and as I close this item other Companies are producing variations of this coupling including twin magnets to cancel out the magnet orientation issue. 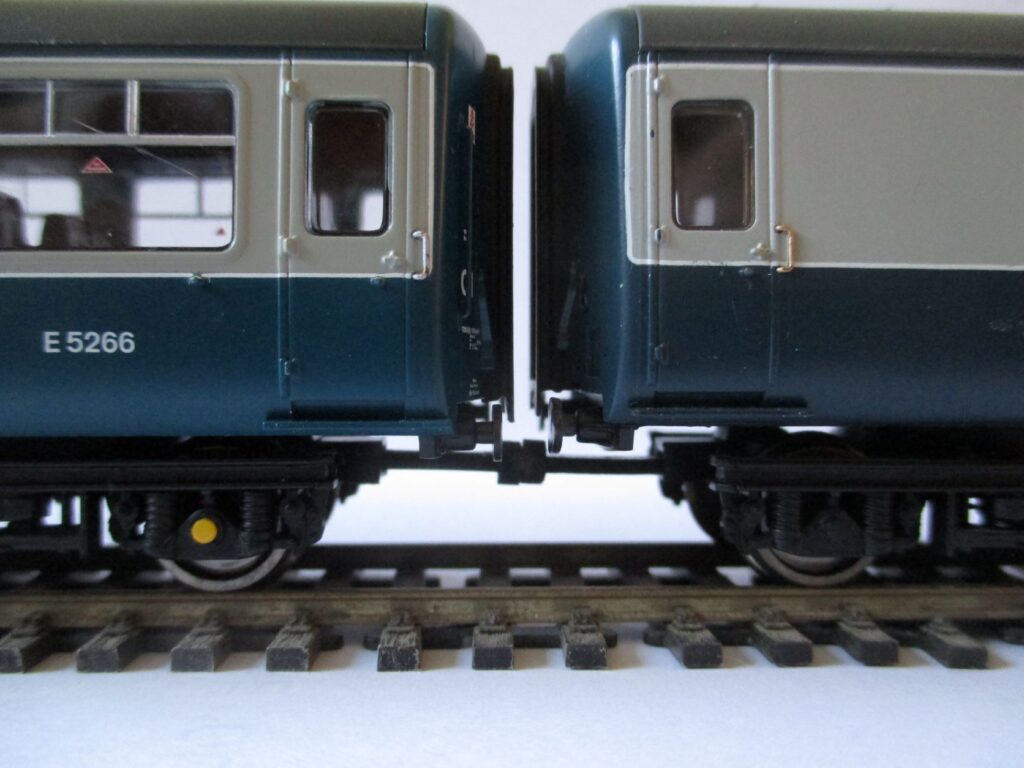